The Bible presents us with some hard reading at points! One place is Psalm 137. The people cry out terrible words of vengeance about their enemies. These were written by God’s people when their homes had been destroyed, many killed, and many others taken into forced exile by the Babylonians. The fact that those thoughts […] 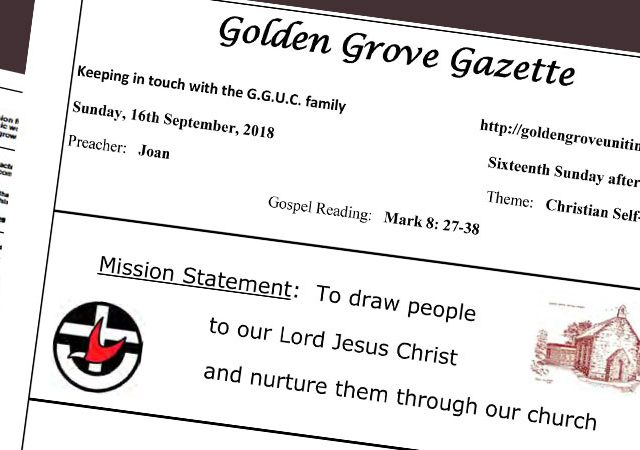 Members of the British Commonwealth, including many who are republicans, found themselves transfixed by the splendour of the funeral of Queen Elizabeth II. It was a weighty event that exerted a global gravity. Queen Elizabeth possessed a royal glory; however, her life indicated that it was a borrowed glory. As was clear from the Christian funeral […]

The Worst Human Being

The Psalm writer says, ‘The fool says in his heart, “There is no God.” They are corrupt, their deeds are vile:….’, and that these same ones are ‘evildoers who know nothing’. (Ps 14:1,4) We might be tempted to say to ourselves, “that’s about what we’d expect form atheists”! But – get ready to choke on our […]

Spring In the Air

The first warm days of spring have arrived with everything outside singing with new life. That newness is brought into our homes by “spring cleaning”. Homes are turned upside down by cleaning out cupboards, taking things apart, cleaning and scouring. We reach into every dark corner of our homes in order to make them presentable, fresh, and […]

The Rhine River is drying up. Who’d have thought it! Barges and boats are now high and dry in many places. And it’s the same across Europe and Asia. The Yangtse River is doing the same! Water = life. Explorations towards human life possibly being sustained on the moon or Mars all hinge on them […]

Sometimes people say, “My faith is just between me and God”. Jesus said, if you have a faith, let it shine from the rooftops! (Mt 5:14-16). God called His prophets to speak His truth to the nations (Jer 1:4), and we Christians are to be a prophetic community (Acts 2:17). This doesn’t mean that the church is […]

The Importance of Being Offended 

These days in the West we are not supposed to offend anyone’s sensibilities. So, we socially ‘tip-toe’ around, not expressing what we really think. Although the censure of the offended may be much less tolerant of the views of the offender, and much more severe than the original offence!   Paul said that there is one […]

You Can’t Choose Your Relatives 

David Bowie once said, “Everyone says that their families are weird… mine really are!” That sentiment might “ring a bell” with all of us at some point! Families can be amongst the most blessed of communities on earth, yet also, sadly, the most cursed. Yet, when Jesus’ second greatest commandment calls us to love our neighbours, […]

As a supporter of the Adelaide Crows Football Club, the 2022 AFL season has been a painful one. I have got to the point of struggling to watch a game, and contemplating the club’s fortunes makes me feel as though life itself could lose all meaning! (violin music!!…)   In fact, it has been way too […]

The Land of the Free

We are a free country, for which we are often very pleased when we see what happens in the social systems of some other countries in the world. Christians are also supposed to be free (Gal 5:1). But really, how free are we?…. Freedom is not freedom from restraint – i.e., being allowed to do whatever we want. […]